When Jordan Gregory’s mum passed away from secondary cancer in 2016 the news that both he and his brother Jack also carried the faulty gene which caused his mother’s cancer, brca2, it was a difficult blow to come to terms with.

But rather than dwell on the bad the brothers decided to live in the moment and raise both awareness and money for some very deserving causes close to their hearts by undertaking a mammoth cycle ride starting in Salou, Spain on the 1st of August and finishing on 13th in Ilkeston. Before you google it that’s 1,300 miles in just 13 days! And to put that into context it’s only 60 miles less than the pros in the Tour de France did this year in the first thirteen days of the race and that included a rest day!

The initial target for the boys was of course £1300 as they had a lot to pay for to even make the event happen, but that target has been exceeded, quite considerably, and Jordan and Jack have set their sights on £8,000!

The response from local businesses has been incredible with offers to pay for the costs for individual days of the trip to some who have provided funds to support the entire trip. One local business has even paid to have bespoke kit made up for the boys to ensure their endeavours are recognised as they cycle home from Spain.

Datatag’s Dave Luscombe, a Derby man heard of the boys efforts and immediately offered to fit their bikes with a Datatag Cycle PRO system to help deter theft. He said ‘What the lads are planning is amazing and for such a good cause – it would be terrible if anything were to happen to the bikes and our security marking system will help ensure they are ready to go on the 1st.’

Having only taken up cycling after dreaming up the epic fundraising trip Jordan is slightly behind Jack when it comes to riding who has already completed a Lands End to John O’Groats ride. 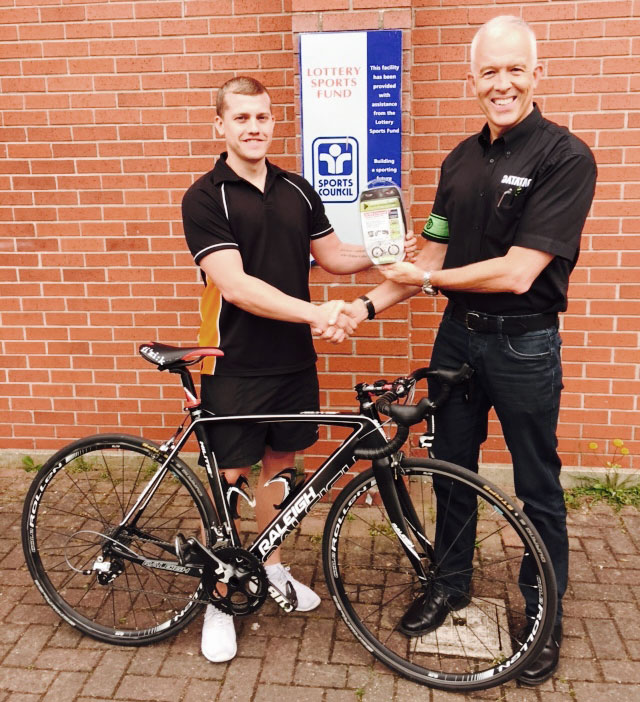