The CEA (Construction Equipment Association) is once again hosting a UK Pavilion at the forthcoming Bauma Munich construction machinery, vehicles and equipment exhibition, which is taking place in Munich Germany 8 – 14 April this year.

The dedicated UK Pavilion (Hall B5) will feature an impressive 34 exhibitors (in addition to the CEA booth), comprising construction companies and industry suppliers from the UK.

According to Bauma Munich, 73 percent of trade visitors are decision-makers, and 23% are key decision-makers who are looking specifically for new solutions: CEOs, managers, investors and buyers from around the world – making the show an excellent prospect for UK exhibitors to get in front of potential new customers and ‘fly the flag’ for Great Britain.

Joanna added, “Whilst other UK Pavilions have had to be cancelled due to lack of government support and funding, the UK presence at Bauma goes from strength to strength. The UK Pavilion is primarily aimed at the next and developing exporters, together with smaller UK exhibitors, who would be lost in a show the size of Bauma with their own small stand. In total there will be over 100 UK exhibitors at the show, the balance of the UK exhibitors being located either in the outside areas or in product specific halls.”

Joanna concluded, “For the first time the CEA will welcome a UK trade mission run by the Midlands Engine, (an agency of the Department for International Trade). The mission comprises mainly Midlands based companies and features briefings at the British Consulate, targeted meetings and introductions, also an escorted tour of Bauma and a networking reception.”

CESAR Datatag ID will be demonstrating to exhibitors the official British Construction & Agricultural Equipment Security and Registration (CESAR) scheme, which is promoted by the Construction Equipment Association (CEA) and supported by the Agricultural Engineers Association (AEA). Powered by Datatag technology, accredited and supported by Thatcham and Secured by Design, CESAR has contributed to a 70% reduction in equipment theft in the UK. 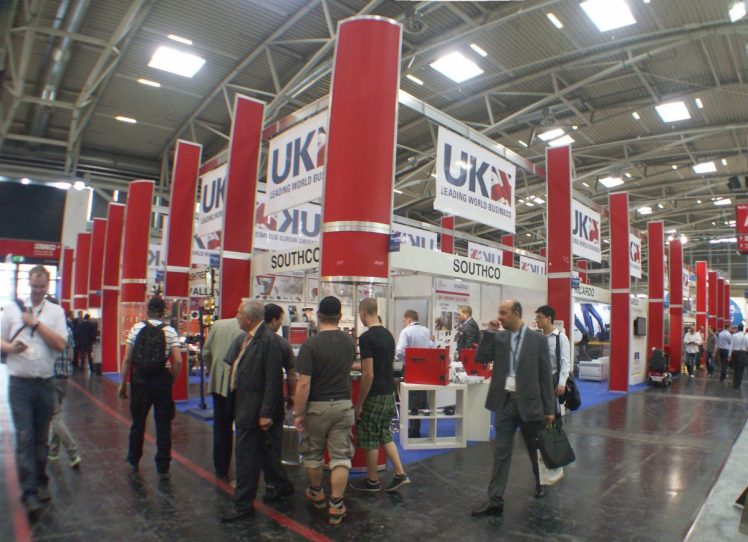