Paddy Hopkirk, best known for winning the 1964 Monte Carlo rally in a Mini Cooper S, is impressed with Datatag technology as a proven theft deterrent. The former rally driver suffered a spate of tool thefts at his home in Buckinghamshire over the course of a few months and decided he needed to do something about it.

Hopkirk got in touch with Datatag, the technology provider to many powerful security marking schemes, such as the Master Scheme for bikes and the official CESAR scheme for construction and agricultural equipment, to ask for their help.
Datatag marked Mr Hopkirk’s tools with Datatag technology and since then he has not had any other thefts. Thieves know that Datatag marked equipment is ‘too hot to handle’. More recently Datatag has developed a new system for small tools and landscaping equipment as it was recognised that Paddy was not the only victim to this sort of crime. The newly launched Micro-CESAR system has been introduced as the answer to the problem and leading companies such as STIHL are fitting the marking scheme to all their saws as standard. Micro-CESAR, is not only a proven theft deterrent and recovery system but also has the bonus of a mobile-enabled asset management system.

Paddy has now chosen to have a new generator fitted with the official CESAR scheme, which this year celebrated its tenth anniversary. The official CESAR Scheme was launched in 2007 to protect large construction and agricultural equipment. CESAR is fitted by many leading international manufacturers and now protects over 250,000 items of equipment. 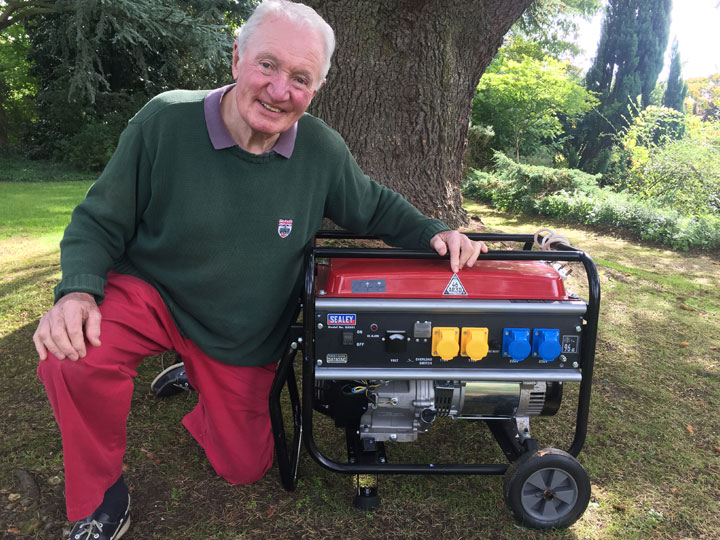